The Idaho State Board of Education has passed along to the legislature two proposals that could significantly alter how teachers are evaluated and compensated. The original Tiered Certification proposal drew heavy criticism from IEA members and other education stakeholders at public hearings in Pocatello, Lewiston, and Meridian. In addition, the State Board received hundreds of email messages, all except for a handful of them in opposition to the proposed rule. As a result, the State Board modified some of the more onerous aspects of the Tiered Certification proposal that they ultimately approved. Nevertheless, the IEA has serious concerns about the ramifications of this proposal and the lack of input from professional educators that continues to be the norm in Idaho when it comes to developing policies for public education. 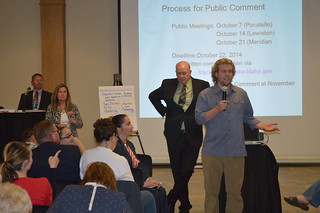 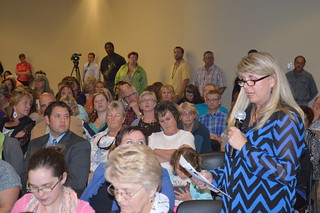 On December 18, the State Board of Education also passed a proposal for a Career Ladders formula. Once again, professional educators were largely excluded from the process, and the end result was a plan that has not been fully thought-out or vetted. As presented, the legislation could result in even more pressure on students by tying teacher compensation directly to student achievement measures, including scores from high stakes tests. This proposal also has a strong likelihood of taking autonomy away from local districts and relies on an inconsistent and inappropriate methodology for evaluations. 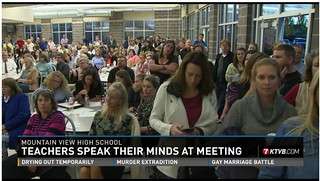 As was the case with the defeat of the Luna Laws in 2012, IEA members have risen to the occasion and made their voices heard regarding these proposals. As they head to the legislature, the IEA will continue to monitor developments and update members with relevant information as well as avenues for sharing ideas and opinions with elected officials.

For more information about the Tiered Certification and Career Ladders proposals, as well as the IEA’s position and concerns, please visit http://idahoea.org/tiered-certification/

Retired Members in North Idaho Remaining Active—and Then Some
January 11, 2022

Media Campaign Spotlights Educators and the Value of Public Schools
May 26, 2021